Today on Token Tuesday, Emily Smirle has served up for you the Strix. You'll find a portrait and both based and unbased versions of these new fantastic tokens.  The tokens are released to you under Creative Commons.  Below is a preview of the portrait, if you follow the link here you can get a zip file with the based and unbased versions of these creatures.


Now that that's out of the way... Major Dungeon Fantasy Role Playing Game news!  Steve Jackson Games is considering a new bestiary for DFRPG.  Read about it here!  If you want more DFRPG, make sure to make your voice heard on Kickstarter, the Forums or join the GURPS North America Facebook group and comment. 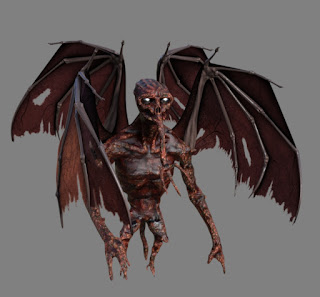 Strix Tokens by Emily Smirle is licensed under a Creative Commons Attribution-NonCommercial-ShareAlike 4.0 International License.
Posted by Kyle Norton at 10:11 AM